Everyone can have enough food if we act now – Jo

Local MP Jo Swinson joined MPs and Peers of all parties in Parliament for the launch of a major new campaign by 100 of Britain’s leading development charities and faith groups.

The event was hosted by the Speaker John Bercow and newsreader Natasha Kaplinsky and featured speeches from the Deputy Prime Minister, Nick Clegg; the Leader of the Opposition, Ed Miliband; the International Development Secretary, Justine Greening MP; and the Shadow Foreign Secretary, Douglas Alexander. Guests also viewed the campaign launch video (LINK) and special messages of support from the Prime Minister David Cameron and from philanthropist Bill Gates.

‘Enough Food for Everyone IF’ is the largest coalition of its kind in the UK since Make Poverty History in 2005. The campaign warns that in a world where there is enough food for everyone, the scandal of children growing up hungry also imposes a grave economic burden on the developing world, costing £78 billion over the next 15 years.

As well as the 937 million children and young people (aged 15-40) whose life chances will be permanently damaged by the impact of childhood hunger by 2025, the report estimates that malnutrition will be costing developing countries an annual $125 billion (£78 billion) in lost economic output by 2030.

“I’m delighted to be backing the Enough Food for Everyone IF campaign – we really do have the opportunity to make 2013 an historic year by showing global leadership and delivering clear plans to tackle hunger and its root causes at the G8 and beyond.

“Local residents can show their support for ending hunger by getting involved at www.enoughfoodif.org.”

Great strides have been made in reducing poverty and 14,000 fewer children are dying each day than in 1990. But hunger is threatening to reverse these achievements. Hardworking poor farmers, especially women and their children, vulnerable and ordinary people everywhere face the highest food prices in a generation. In the UK, the numbers of people needing to use food banks has risen sharply. Climate change is making things even worse.

Yet no one need be hungry or malnourished. If we act to ensure small scale farmers can keep hold of their land to grow food; if we crack down tax dodgers depriving poor countries of resources to ensure the right to food; if we work for global agreement on new sources of climate finance; if all this is underpinned by transparency, rule of law and strong institutions; and if we fulfil our commitments of aid to developing countries and invest enough in agriculture and nutrition – then the world has a chance to end the scandal of hunger. Taking action on the ‘corporation tax gap’ by multinational companies alone would enable developing countries to raise enough revenue every day to save the lives of 230 children under 5 currently dying because of malnutrition.

Ben Jackson, Chief Executive of Bond and chair of the campaign, said:

“We should be proud of the great progress we are making as a world to reduce poverty, but it is still the reality that in a world where there is enough food for everyone, 1 in 8 people go hungry every day. This is nothing short of a scandal. We need a concerted effort from governments, civil society and philanthropists to tackle the root causes of this problem and together to ensure that no child has to go hungry.” 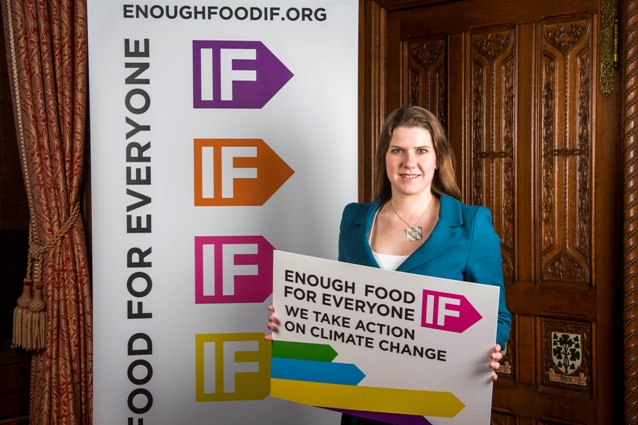