Jo Swinson MP for East Dunbartonshire has visited local schools to congratulate the winners and runners-up of her annual Christmas card competition.

Today Jo presented Emma McFarlane from P7, Clober Primary with a £20 book voucher, for having the top entry in the poetry competition, to be used on the inside of Jo's cards.

The winning design – featured on the front of over two thousand cards being sent out by Jo – was designed by Jonathan Douglas from 1F, Douglas Academy. During a visit to the school last Friday, Jo awarded Jonathan with a £20 gift voucher prize for Milngavie Bookshop.

Two runners-up in each category also received £10 Milngavie Bookshop vouchers for their entries:

Poem: Andrew McConnell and Eilidh McDaid (1A from Douglas Academy)

All children who sent in entries received certificates from Jo as thanks for their efforts.

Commenting after the presentation, Jo said:

"I would also like to thank all the schools who took part in the competition and the pupils who put lots of care and hard work into their cards and poems – choosing a winner was not easy!" 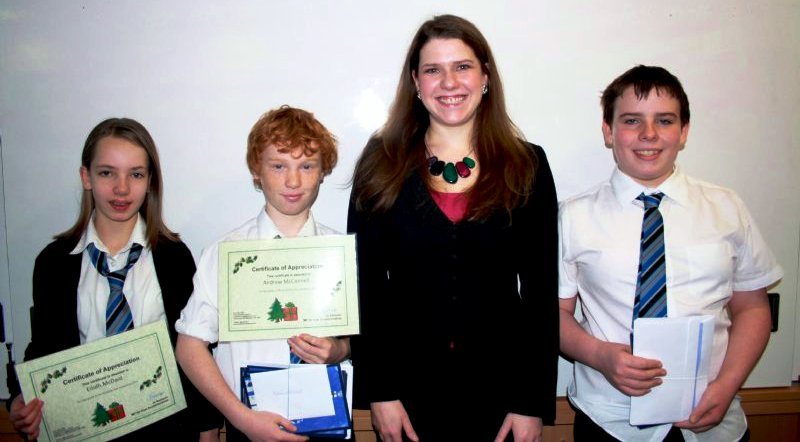