Jo Swinson MP has revealed that she suffered from nerves prior to firing the Midday Gun at this year’s Kirkintilloch Canal Festival.

The gun is traditionally set off at 12 o’clock to mark the start of the festival. At yesterday’s event, Jo was given the job of operating the 105mm light artillery gun.

Jo recalls, “I was excited to be given this job, though I must admit I was a little apprehensive beforehand as I have never fired a piece of artillery before. They told me I had to sit on the gun to fire it and despite being called “light” it was quite some size. I was given a safety briefing from the army, though I think this just added to the pressure! In the end, though, it was a real honour to be given the task of officially opening the festival.”

After firing the gun, Jo was given a tour of the festival by Auld Kirk Museum curator James Higgins. She praised the Learning Centre facility and was particularly impressed by the ‘Canalscapes’ exhibition, which features canal-themed works from prominent Scottish artists including Kirkintilloch resident and former Lenzie Academy art teacher Willie Rogers, who was also spotted out and about at the festival. The Auld Kirk Museum has just finished hosting an exhibition of Willie Rogers’ work.

“The Canalscapes exhibit was a great use of the upper corridor in the Learning Centre, and I hope it might in future be used to showcase art again. It’s particularly pleasing to see local venues making the work of local artists available for public viewing.”

“I was really impressed with the level of organisation at this year’s festival. It is a large event with a wide variety of activities, from live music to canal boat trips. The event could not take place without the cooperative efforts of local police, businesses and societies. Credit must be given to East Dunbartonshire Council for making sure the day went off without a hitch.”

“The whole day was a huge success. Six years after the first festival, the event is clearly growing in popularity year-on-year. I am already looking forward to next year’s event.” 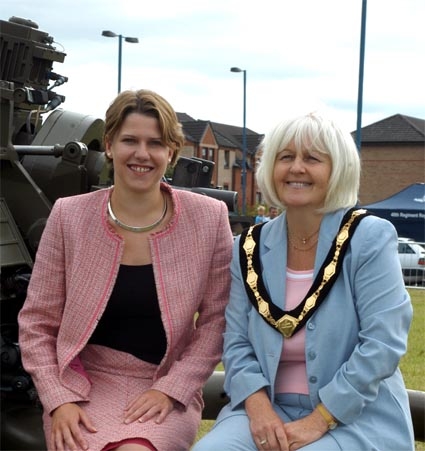