Jo also spoke with the Scottish Sports Alliance about #whysportmatters. #whysportmatters details the impact of sport and being active across all areas of society: health, mental health, older adults and social care, education, the workforce, the economy, communities and social cohesion. Participating in sport/being active have been described as “the best buy in public health” - it fundamentally supports people to live longer, healthier and happier lives and provides benefits to individuals, society and the whole population.

“It was great to hear about the important work the Scottish Sports Alliance is doing across the country telling people why sport matters.

“After the success of last year’s Glasgow Commonwealth Games and the London Olympics I think there’s a real appetite out there and people want to get active but sometimes need encouragement.”

“Already nearly one-fifth of our population participate in sport through one of Scotland’s 13,000 sports clubs. While having fun, they already reap the many benefits of being active – benefits that we’d like more people to enjoy. Currently 2,500 people in Scotland die every year from being physically inactive – yet participating in sport and being active can reduce the risks of premature mortality by up to 30%. We need to embrace the many benefits of participating in sport – from sheer enjoyment to positive contributions to health, mental health, education and economic productivity as highlighted by #whysportmatters. Our members provide opportunities for people of all ages to get active and we would encourage everyone to find their sport(s) and to join us in saying #isupportsport. 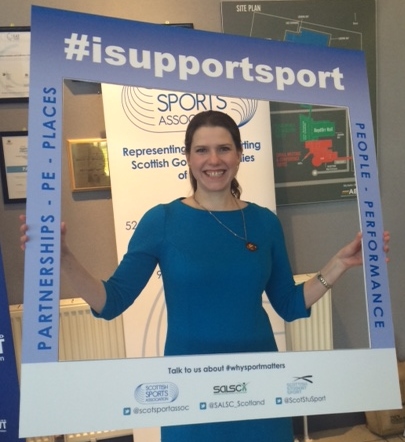