The Big Switch, launched last month by Which? and 38 Degrees, is a completely new way for people to buy their energy. This will be the first time in the UK that a large number of people will join together as a group to negotiate a deal with energy companies.

Jo Swinson is urging local people to join the more than 200,000-strong group who have already signed up to The Big Switch, and to use their collective power to cut their energy bills and help shake up the market.

Which? has invited all energy companies to take part and will be negotiating with them to secure the cheapest deal. Energy companies will be asked to submit a market leading deal and take part in a reverse auction. Once we’ve secured a deal, Which? will contact everyone who signed up with a personalised savings estimate. Which? will handle the switching process, making it as quick and easy as possible.

People can join The Big Switch until 31 March via www.whichbigswitch.co.uk

“This is a great initiative putting power back in the hands of the people instead of the big energy companies.”

“The cost of energy is a huge concern here in East Dunbartonshire and many people feel they’re not getting the best deal from the big energy companies who seem quick to raise their prices. I would encourage anyone in the community who thinks they might not be getting the best deal to sign up before the 31st of March.” 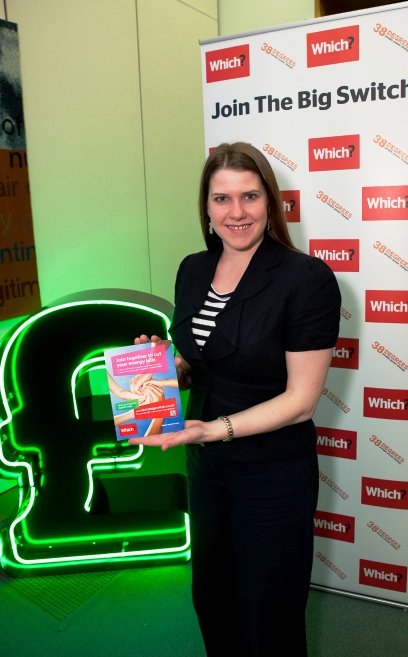