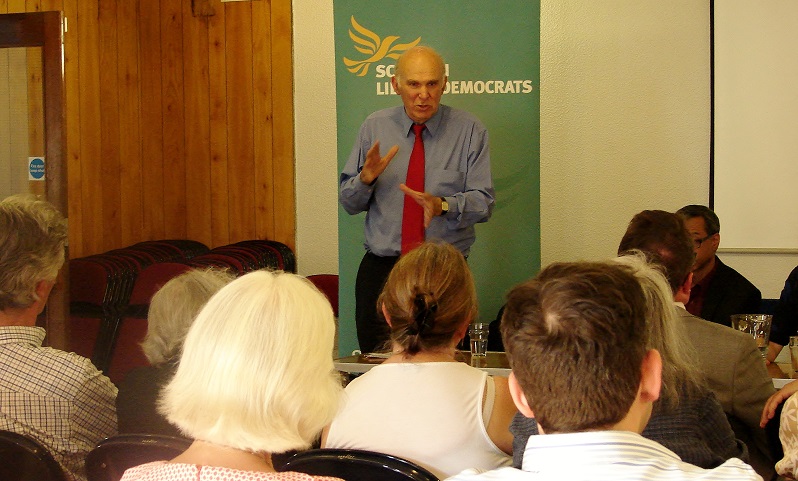 In the meeting, Vince answered questions from a number of local employers on a range of topics including the effect of independence on businesses, tax evasion by multinational companies and what can be done to support our businesses grow and hire more staff.

“Small businesses are the lifeblood of our local economy, and so it was great for them to get the chance to quiz the Business Secretary on the issues they see as vital to helping them grow and prosper.

“This was very positive meeting for local businesses, as they heard from a Business Secretary who is committed to making life easier for employers by means of increasing access to finance, tax cuts and offering incentives to recruit more staff. He also stressed that Scottish businesses benefit hugely from being part of the United Kingdom, and that the rest of the UK would also lose out if Scotland were to leave.

“Speaking to Vince at the end, I know he was impressed by the questions and could sense real optimism amongst our businesses, as shown by my recent survey which revealed that more than half of local employers intend to recruit extra staff in the next year.”