Scotland’s Liberal Democrat MEP George Lyon was in East Dunbartonshire recently campaigning for the upcoming European elections on 22nd May, and his message is supported by local MP Jo Swinson. 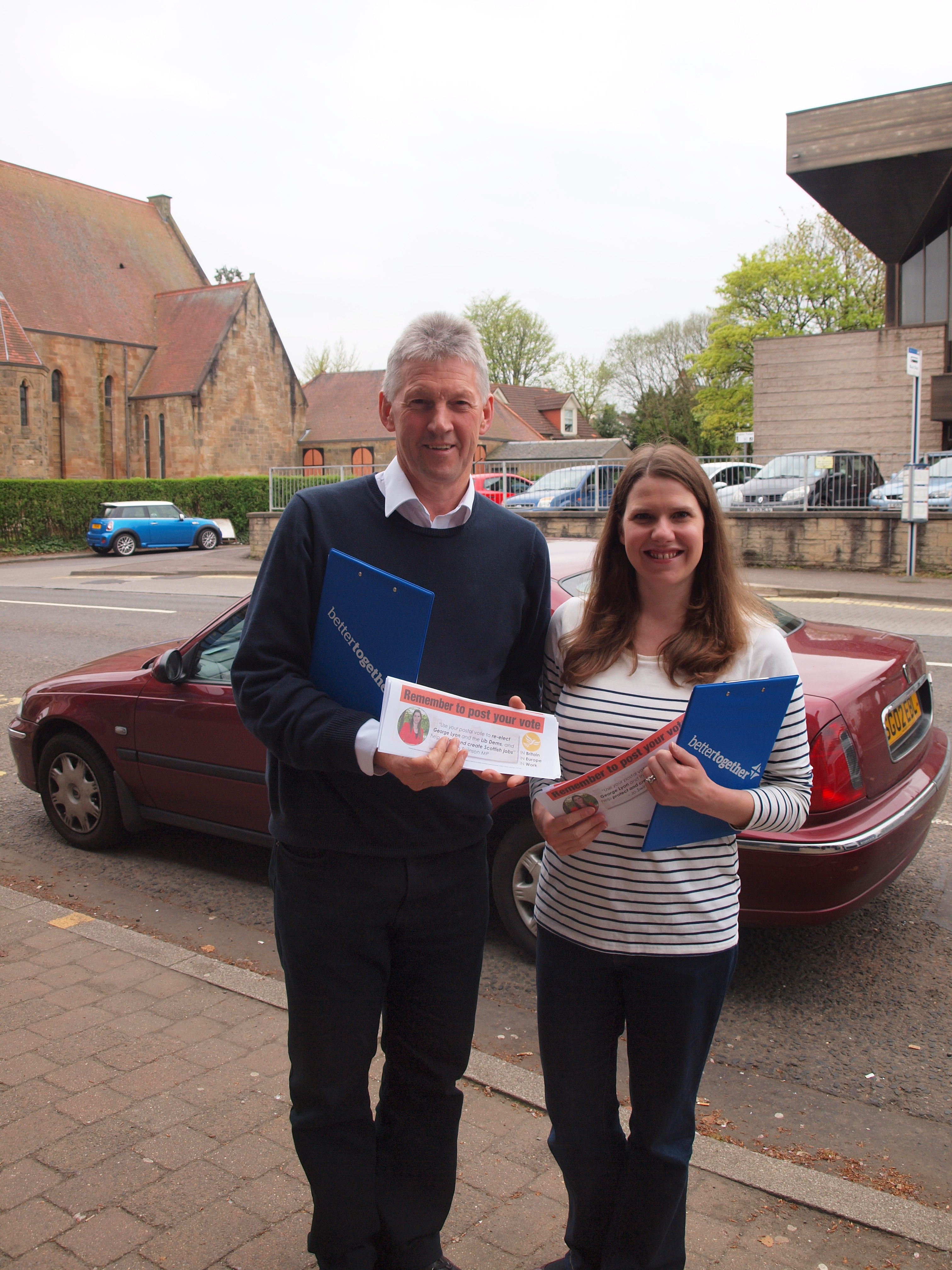 Mr Lyon was out speaking to local people about the benefits of Britain’s European membership, and how the Liberal Democrats are the only party prepared to make the case for Britain remaining in the EU. Protecting British jobs and economic interests are central to the Liberal Democrat’s campaign.

“People in East Dunbartonshire face a very simple choice at these European elections. Are you in or are you out?

“People in East Dunbartonshire know that Scotland's place in Britain and Europe is crucial to jobs and our economy. East Dunbartonshire Council has received hundreds of thousands of pounds of EU funding to boost local business and across Scotland, 330,000 jobs depend on our place Europe.

“Our message to voters is clear - if you think being in Britain and in Europe is best for Scotland then you need to back the Liberal Democrats.”

“Liberal Democrats are working to keep Scotland in Britain and the EU because we want to build a stronger economy. Our place in the UK and the EU defends the 330,000 Scottish jobs that rely on the EU, supports billions of pounds worth of trade, helps catch criminals and protects the environment.

“If you want to keep Scotland in Britain, in Europe and in work then you need to back George Lyon MEP and the Liberal Democrats at these elections on 22nd May.”