The reception was an opportunity for those present to meet the Church president, the Revd Angus MacLeod and was attended by a number of Scottish MPs and Peers including Secretary of State for Scotland Michael Moore. St Columba’s is a congregation of the Church of Scotland, located in the west end of London, but whose heart is Scottish.

Jo heard about the work that St Columba’s carries out both in Scotland and abroad including a school for the deaf in Tanzania supported by Susan Pym, who grew up in East Dunbartonshire, and her family.   Jo also met Gordon Drysdale whose father used to run the popular GP practice on Drymen Road.

“The reception was a celebration of St Columba’s Church of Scotland and the link with home they provide to the many Scots who live and work in London.

“I was so glad to be able to drop-by and meet members of the Church with strong ties to East Dunbartonshire.” 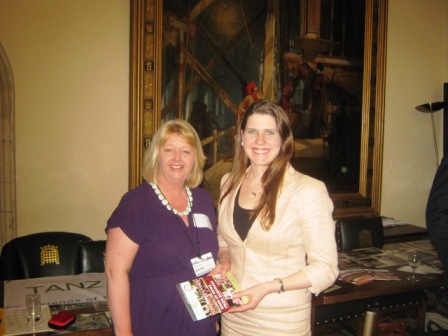