Jo Swinson MP for East Dunbartonshire met with dozens of Scouts from across the country to hear what they had to say about the issues that affect them at the Liberal Democrat conference.

Jo was invited to speak to the group about the importance of youth participation in politics.

The annual 'Scout Speak Up!' events have been created for Scouts to attend the conferences and are unique in the conference calendar. They are entirely youth led, giving young people the opportunity to debate with politicians the issues that really matter to young people today.

Issues discussed included the political situation in Syria and the perception of young people in the media. Jo was also told by the young people she spoke to how Scouting enriches their lives and their local communities. Many talked about how the skills they've learned in Scouting have helped them to find employment and supported their applications to university and college.

"I really enjoyed the Scouts Speak Up! event during the conference in Brighton. It was great to hear what young people had to say and to discuss the issues of the day with them.

"I also urged them to get involved in the political process so that they can influence the world around them." 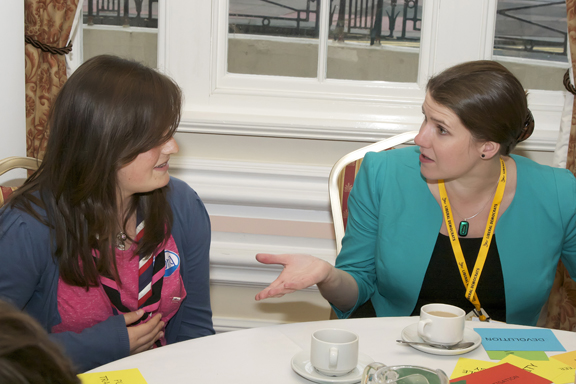