Jo Swinson MP for East Dunbartonshire signed a Book of Commitment in the House of Commons, pledging her commitment to Holocaust Memorial Day and honouring those who died during the Holocaust.

Friday January 27th will mark the 67th anniversary of the liberation of Auschwitz-Birkenau, the Nazi concentration and extermination camp which is the site of the largest mass murder in history. The Holocaust Educational Trust has placed a Book of Commitment in the House of Commons, giving MPs the chance to honour those who were persecuted and killed during the Holocaust and encouraging constituents to actively speak out against prejudice and bigotry today.

In signing the Book of Commitment Jo Swinson paid tribute to the extraordinary men and women who having survived the Holocaust, work to educate young people about what they endured, through the Holocaust Educational Trust’s Outreach programme. Two students from the University of Glasgow, Katie McKenna and Dominic Bradley, delivered Time for Reflection in the Scottish Parliament today as part of the programme.

Jo visited Auschwitz-Birkenau in September 2009 with pupils from Boclair Academy, Douglas Academy, Lenzie Academy and Turnbull High School to see the remnants of the concentration camp first hand, which she described as a “haunting experience”.

“Holocaust Memorial Day marks the anniversary of the liberation of Auschwitz-Birkenau – and is an important opportunity to remember the victims of genocide. I encourage all constituents to mark the day and to commit to ‘speaking up and speaking out’ against prejudice today.”

“We are proud that Jo Swinson is supporting Holocaust Memorial Day this year. It is vitally important that we both remember and learn from the appalling events of the Holocaust – as well as ensuring that we continue to challenge all forms of bigotry.”

The Holocaust Educational Trust (HET) was established in 1988 to educate young people from every ethnic background about the Holocaust and the important lessons to be learned for today.HET works in schools, universities and in the community to raise awareness and understanding of the Holocaust, providing teacher training, an Outreach Programme for schools, teaching aids and P 5 resource materials. Among HET’s earliest achievements was ensuring that the Holocaust formed part of the National Curriculum for History. 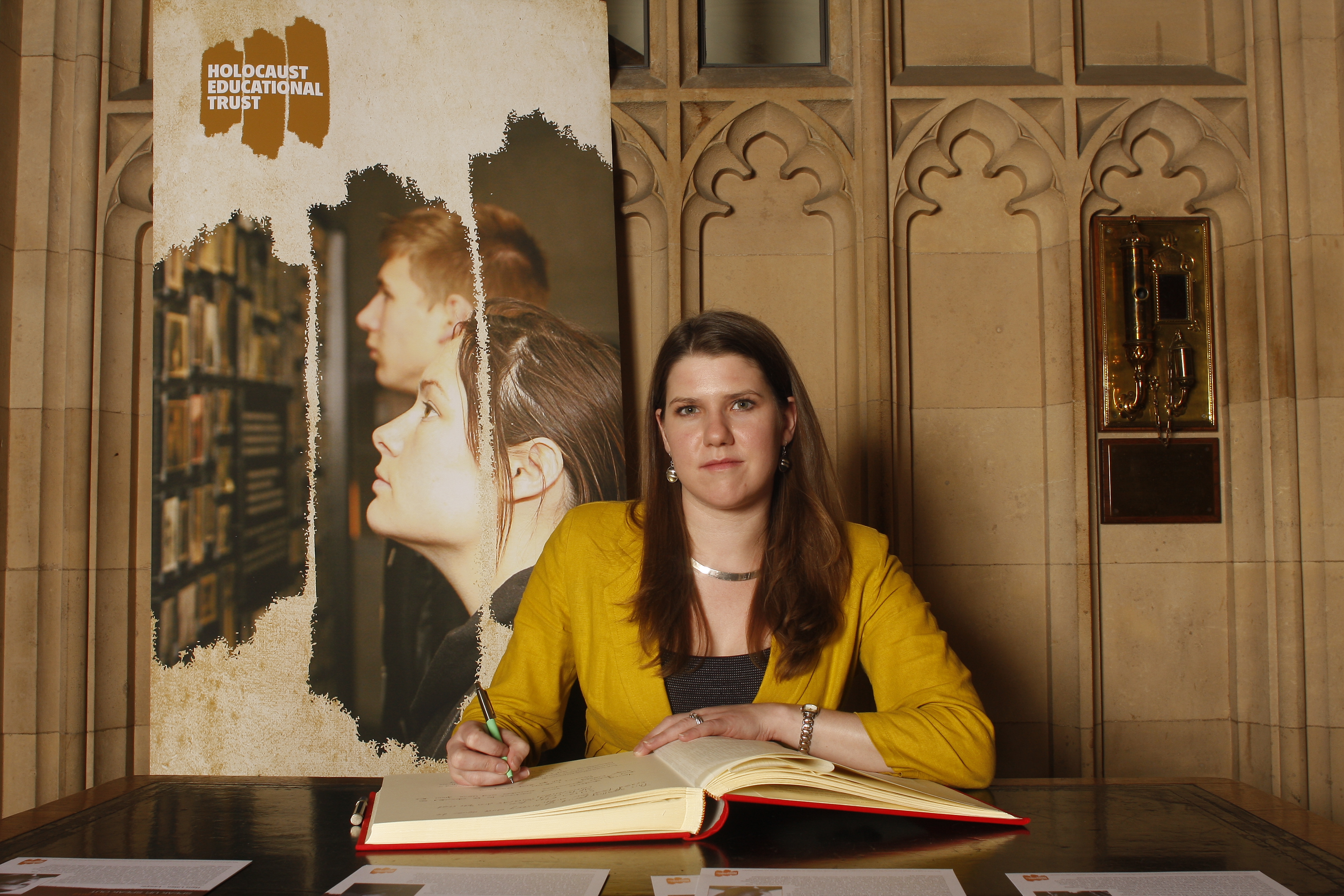