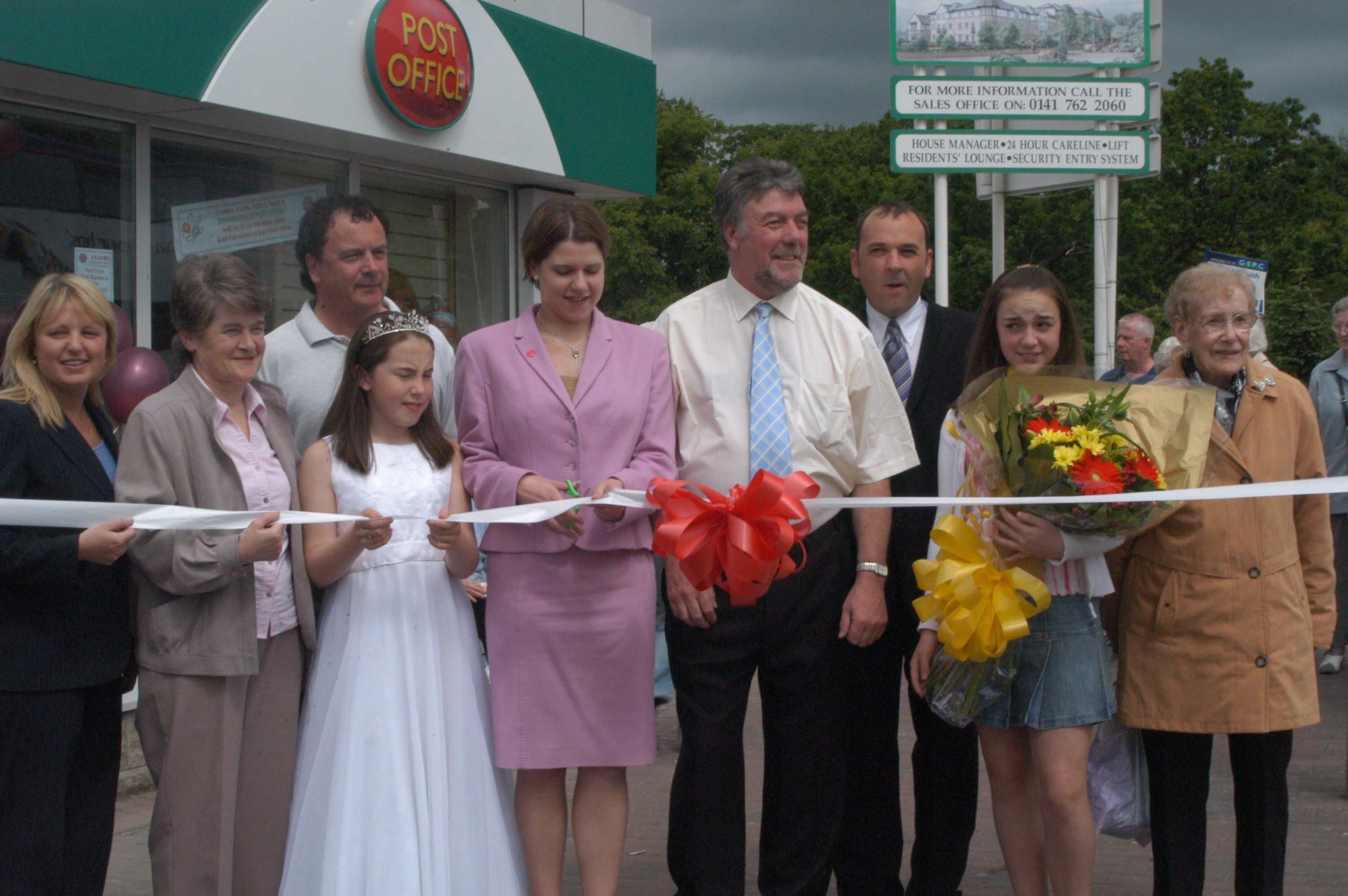 Bishopbriggs has a new Post Office, thanks to a strong local campaign to save the facility by Jo Swinson MP, local Councillors and community representatives. Jo opened the new Post Office on Saturday.

Last summer Morrisons, decided to shut all of the Post Offices in their stores, including Bishopbriggs.

Following the announcement, Jo worked with local people to collect over 2,300 signatures on a petition opposing the closure, launched a campaign website and even went to Morrisons Head Office in Yorkshire to try to convince them to reverse the decision.

When Morrisons refused to do so, Jo sent the petition to the Post Office, urging them to find an alternative location in the town centre. They worked alongside local businessman John Dickson to create a plan to house a Post Office in a new expanded Poppies gift shop and newsagent.

After months of effort and dedication by many people, Saturday June 18th finally saw Jo cut the ribbon and declare the new Post Office open, amid a celebratory atmosphere.

Jo said, “I was thrilled to open the new Bishopbriggs Post Office. This represents the culmination of hard work by people like John Dickson, as well as huge support from the local community. We have saved a vital local service, and we must now make sure we continue to use the Post Office to see that it has a secure future.”