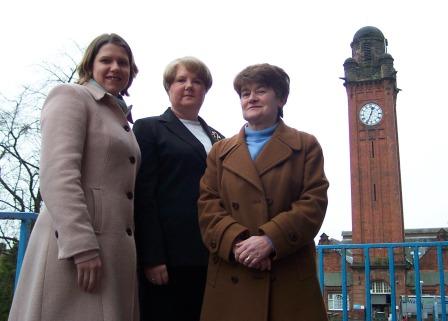 Jo is speaking up for the future of Stobhill Hospital

Following the public meeting on 23rd May, Jo Swinson has written to Health Minister Andy Kerr to ask him what changes to the plans he is considering in light of the meeting.

Jo commented, “The meeting was useful for providing information about the plans for the ACAD, which is to be welcomed. However there are still worries about the lack of inpatient beds and I believe it would still be possible to address these concerns by amending the plans.

“The 40,000+ people would appreciate their voice being heard, and it would give real meaning to the consultation process. The Minister and Greater Glasgow Health Board need to listen to the comments made and demonstrate that they have understood and acted accordingly.”

Full text of letter from Jo Swinson to the Health Minister, Andy Kerr:

As I said at the public meeting on 23rd May, I felt your attendance was very positive, as previous Health Ministers have declined to come in person to listen to the concerns of local people on this issue of the future of Stobhill Hospital. As you know, the Greater Glasgow Health Board’s Acute Services Review has been the source of a large amount of public concern, with over 40,000 people signing a petition against the proposals to downgrade the facility to a day hospital and remove in patient beds.

To reiterate the points I raised at the meeting, people are concerned about the lack of inpatient beds in the new facility, for two main reasons: firstly, because Stobhill beds are currently being used for overflow from the Royal, and secondly because elsewhere where there are ACAD facilities, they are attached to hospitals with inpatient beds.

While I appreciate that you and the panel did attempt to answer some of these points, I felt my direct question was evaded, so I would like to ask it again. In light of the comments and clear strength of feeling at the meeting, will you and the Health Board listen to the concerns raised and amend the plans accordingly to take them into consideration?

In particular I would like to know if you intend to look again at the issue of provision of inpatient beds, as I feel this is a central area of concern. I hope that since the meeting you will have had time to reflect on the points raised and conduct discussions with Greater Glasgow Health Board, and may be able to forward a positive reply.

At this stage the plans do not need to be set in stone, and I believe that the concerns of residents can be addressed if the plans are amended.

I look forward to hearing from you.