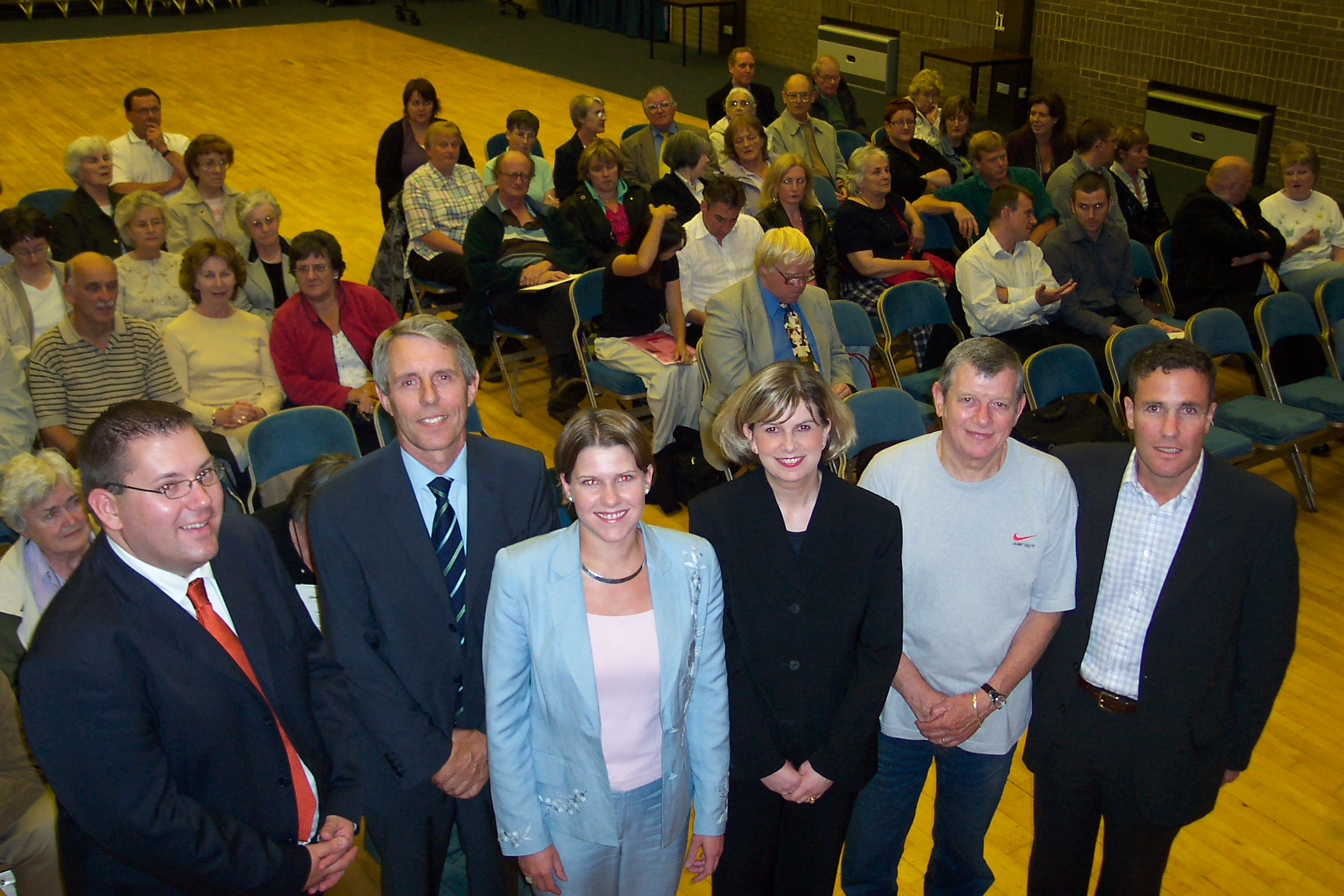 Jo has thanked audience and speakers for a successful public meeting

Jo Swinson MP has hailed a public meeting on phonemasts a success, and thanked speakers and residents for attending.

Questions were then directed at the panel, as residents voiced various concerns over phonemasts, mainly focusing on health and planning issues.

“I have the audience and the speakers to thank for making the meeting a success.”

“Many of those who attended obviously had strong feelings on this subject but the meeting was conducted in good order. We had a very knowledgeable audience, who really tested the expertise of those on the platform.

“Of course, not everyone left the meeting in agreement, indeed there is much work still to be done to bring the different sides of this debate together. However, I think those who were present felt the meeting was a positive step in the right direction.”

The meeting was organised by Jo Swinson as a response to the amount of correspondence she has received from constituents on the subject of phonemasts.

Amanda Stewart, President of Baljaffray Residents’ Association, began the meeting with a presentation on the suffering to residents caused by inappropriately sited phonemasts.

Martin Grey from Orange discussed the demand from customers for mobile phones, particularly new 3G services, that is driving the need for new masts, as well as the efforts made to reduce the visual impact of masts.

3′s Michael Alexander discussed the consultation process, admitting that consultation with the public could be improved, and looking ahead to improvements that could be made to the new Planning Bill currently being considered by the Scottish Parliament.

Dr Clark offered a scientific perspective, claiming that base stations have a minimal effect on health, and that far more worrying was the potential impact of mobile handsets themselves. Citing research such as the 2004 Stewart Report on mobile phones and health, Dr Clark stated that any objection to a mast application should not be based on health grounds, as it would not be supported by scientific evidence.

“It is evident that a change is needed in the Scottish planning guidelines, and I would encourage people to contact their MSP, MP & Councillor to make their voice heard, as consultation time on the new Planning Bill to be introduced in 2006 is now limited.”

“In five years as a community relations officer for Orange, Jo Swinson is the first MP to invite me to a public meeting on this issue.

“This is one of the first occasions in East Dunbartonshire that we have had genuine dialogue with residents on the broad, non-site specific issue of masts.”

“The issue of whether radio waves cause health effects is a matter for science and medicine, however where phonemasts are sited is clearly a matter for public debate and politics.

“This was a positive meeting, at which a wide range of views were expressed.”

“The Scottish Parliament is considering a new Planning Bill for 2006. It is currently open to comments by members of the public, and I would urge all my constituents with strong views on this subject to take full advantage of this opportunity.

“By lobbying their MSPs, people can influence the eventual shape of the new Planning Bill.”

The consultation period ends on September 16th, so time is now very limited.

To comment on the White Paper: Modernising the Planning System, constituents should write to:

For more information on phonemasts, click on the Phonemasts button on the left of the screen.