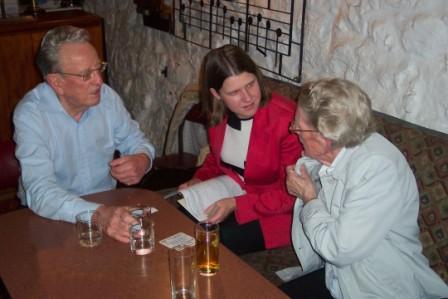 This week Charles Kennedy MP unveiled Liberal Democrat plans for pensions, which include an extra £25 a week on the state pension for single pensioners over 75. The new Citizens’ Pension would be available without any means-testing to all pensioners aged 75 or over as of right, in the first full year of a Liberal Democrat government, as the first step to providing it for all pensioners.

She said, “The Citizen’s Pension outlined by the Liberal Democrats will give dignity to people in their old age. Boosting the state pension and restoring the earnings link for the over 75s will target help at the poorest pensioners. Basing the state pension on residency rather than contributions will benefit women, who will no longer be penalised for caring for their children at home or reliant on their husband’s pension.”

Jo added, “East Dunbartonshire has a growing elderly population, with almost 7000 people over the age of 75. These plans will help local people by giving them a decent pension as a right. My generation owes a huge amount to pensioners who lived through economic depression, world war, and rationing, to give us the country we have today.”