Bearsden’s Ashoka Restaurant has been chosen to represent Scotland as one of 12 national finalists in the prestigious Tiffin Cup competition.

Ashoka was nominated by local MP Jo Swinson. The Grand Final of the Tiffin Cup 2013 will be held in the House of Commons on Tuesday 2nd July 2013. The competition is held each year to find the best South Asian restaurant in the country.

The Tiffin Cup winner is chosen from a list of restaurants that have been nominated by local MPs. This year 86 restaurants were nominated. The aim is not only to applaud the quality of South Asian food in Britain but also to raise much needed money for charity. This year the competition is in aid of ‘World Vision’, an international aid and children’s charity.

“I am delighted that Ashoka has made it into the final of the Tiffin Cup 2013.

“I will certainly be there on 2nd July to cheer on Ashoka and I am sure everyone in the community will be rooting for them to be crowned the 2013 champion.”

Keith Vaz MP, the chair of the Tiffin Club said:

“We are delighted that Ashoka has beaten extremely stiff competition in order to become one of the finalists of the Tiffin Cup on 2nd July 2013. This is a great tribute not just to the nomination of Ashoka but also to the constituency of East Dunbartonshire as a whole. We wish them the very best luck for the final.” 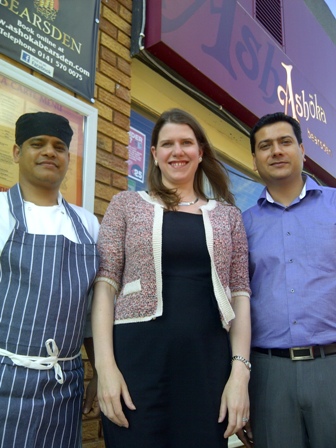