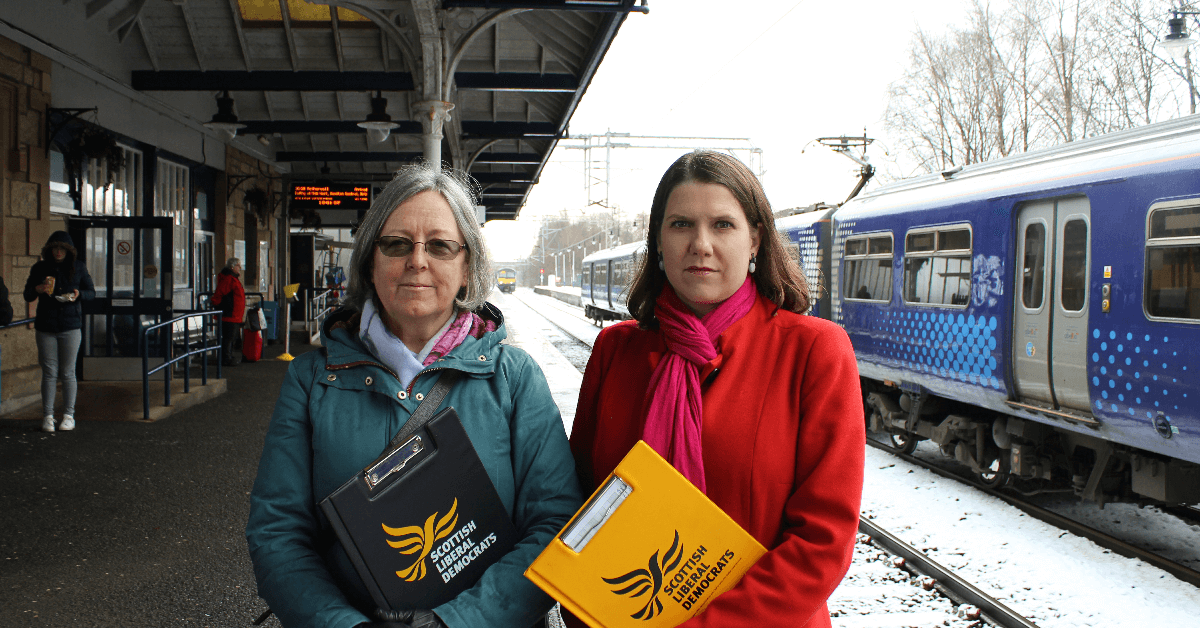 Lib Dems demand action on delays and skipped stops Local Liberal Democrats are campaigning for Scotrail to urgently improve the rail service between Glasgow and Milngavie.

They are also fighting to stop the practice of “stop skipping” where trains miss out scheduled stops infuriating those who see the train go past and those trapped on the train, unable to alight.Punctuality on the line has been woeful with only 27.5% of trains arriving at Milngavie on time last year. As a result services are cancelled and stops are skipped to make up time and avoid fines from the rail regulator.

Jo Swinson MP has welcomed the news that improvements to the Milngavie line were recently identified as a priority for development by Scotrail.

Jo has been in contact with Scotrail regularly since her election in June last year, and has recently met with senior figures to highlight the concerns raised by her constituents.

Lib Dem Councillor for Milngavie Jim Goodall has also raised his concerns, saying “it is crucially important that a feasibility study should take place urgently to establish the best way to improve the efficiency of this service.”

Council joint leader, Liberal Democrat, Vaughan Moody said “The problems of train reliability go back to the short term decision 30 years ago to change the Milngavie line from two to a Single track.

“Persuading Transport Scotland and the Scottish Government will be tough but they should recognise the serious effect on train reliability that Scotrail has highlighted.”