Morrisons should use Bishopbriggs site for community benefit – Jo

Jo Swinson MP has written to Morrisons asking them to consider how the currently unused site in Bishopbriggs could be used for the benefit of the community while plans to build a new store remain firmly stalled.

Local residents have told Jo that the unkempt site right in the centre of town could be put to more productive use. Jo agrees, and has written to Morrisons, to ask if they would consider using the land as a venue to host community events.In her letter Jo also encouraged Morrisons to engage with Bishopbriggs Community Council about alternatives temporary uses for the site.

Additionally, Jo has been in contact with Morrisons about potential local job losses, following news at the end of last year of job cuts across the UK. Thankfully, Jo has been assured that the current store in Bishopbriggs will be unaffected.

“The former High School land is at the heart of Bishopbriggs, and local people don’t want such a large and central site to remain unused and unkempt.  They rightly want to know Morrisons’ future plans. Whilst I welcomed Morrisons telling me that contractors would start clearing up some of the overgrown vegetation this month, I want them to go further and lay out plans for how this large area could be put to productive use in the community until they are in a position to take forward proposals for development.

“Despite the slow progress on the new store in Bishopbriggs it is very reassuring to know that local jobs are secure, even with Morrisons making cutbacks across the UK.” 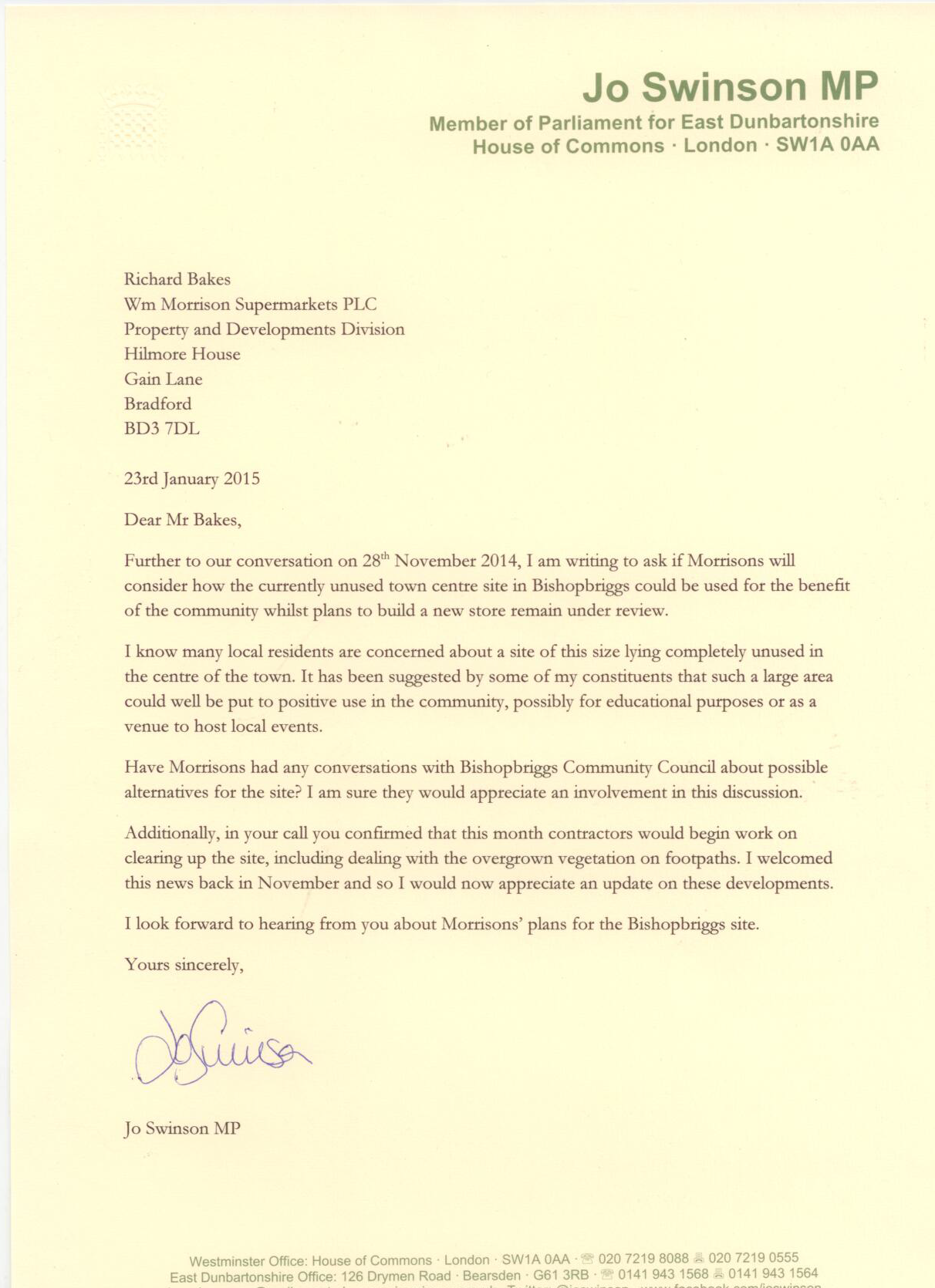