Coders from Google visited a Glasgow primary school today, the first stop on a nationwide tour aimed at firing the imaginations of a generation of British computer whizzes.

Auchinairn Primary School was nominated by local MP Jo Swinson, who is backing the initiative to improve computing education in schools.

The road show will visit schools across the country, allowing top Google and Code Club experts to pass their knowledge on to nine to 11 year olds.

Code Club has set itself the ambitious target of placing volunteers in 5,000 schools by 2015.

Recruiting more volunteers is a critical part of the enterprise, as most primary teachers do not know how to code so cannot pass these skills on to students.

The Code Club roadshow will bring together local businesses and primary schools, and the organisers hope it will unleash a flood of new expert volunteers.

The Code Club Roadshow is one of a number of initiatives Google is pioneering to help boost computer education in schools. Earlier this year Google teamed up with Raspberry Pi to give away 15,000 of the code-it-yourself computers to UK schools.

Jo said: “The staggering rise of the tech industry means computing and coding skills are only going to become more vital for our children as they grow up. In the UK the number of women working in computing and the Science, Technology, Engineering and Mathematics sector in general is far too low.  We have to make sure that we step up to the challenge and get girls in particular interested in subjects at school that can lead to a highly rewarding career. Code Club is great way to do this. It’s a brilliant initiative that will help get all children in East Dunbartonshire and across the country off on the right foot.”

Clare Sutcliffe, Co-founder and CEO of Code Club, said: “We are excited to be given the opportunity to spread the word about Code Club around the UK. It’s going to be great to meet our existing volunteers and help new ones get started. We’re really appreciative of the support we are receiving from local leaders and hope this will take us towards our aim of establishing clubs in 25% of primary schools by 2015.”

Dan Cobley, Managing Director, Google UK said: “It goes without saying that coding is a terrifically important skill for our young people. Learning to code will be vital for the jobs of the future, it makes you better at problem solving and logical thinking, and most of all it is great fun. We’re starting in Glasgow and traveling the length and breadth of the country to bang the drum for coding in schools, and get local tech experts to volunteer their time and knowledge.

The next stops on the roadshow include London and Reading, where Google and Code Club will continue to share their expertise over the coming weeks. 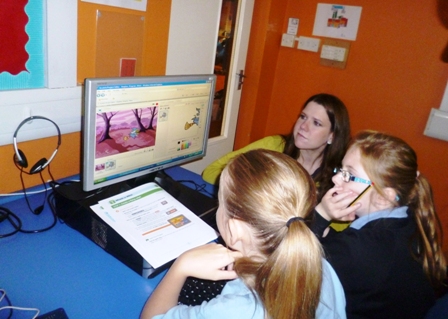