Susan said: “People are not fooled by the funding ‘titbits’ she highlights which come to East Dunbartonshire Council in specific grants. For years, the Council’s budget has been squeezed and this has affected the services that can be delivered. The local Lib Dem joint administration has worked hard to avoid redundancies, but local Council jobs have gone.”

Your GP will contact you when it is your turn for the vaccination. The plan is to maximise the number of people vaccinated and give long term protection, starting with those most at risk.

The first priority groups are care home residents and staff, front line health and social care workers, and everyone over 80. The target is for the first round of doses in this group to be completed by the 5th of February. If there is not enough vaccine this may be delayed.

Lib Dem Councillors on East Dunbartonshire Council have a record of prioritising Education performance in East Dunbartonshire schools and nurseries as part of the Council Administration. The result is that Council’s academic attainment of pupils at all levels is the second highest in Scotland.

One of the most notable achievements is that the percentage of pupils living in the 20% most deprived areas getting 5+ awards at National 5 is the highest in Scotland.

Parents in Milton of Campsie and Lennoxtown have had their long-awaited wish of a non-denominational high school in East Dunbartonshire as a catchment area option granted.

From the start of the new session in August 2020 pupils of Craighead Primary in Milton of Campsie now have the additional option of Kirkintilloch High, while Lenzie Academy has now been officially zoned as an option for pupils of Lennoxtown Primary.

The Liberal Democrat joint administration has made sure that the new multi-million-pound project was prioritised in the Council's Investment Plan earlier this year.

An extra £5m has been secured in funding recently to ensure the plans can be expanded and further developed. This investment comes at a time when the SNP Government are cutting the council's budget for delivering core local services.

The start date for work to begin has been brought forward by 18 months to late 2020.
Discussions are currently ongoing as to the final specification of the new centre. The council set up the Allander Champions Group to allow users and community groups to provide their input into the design work. 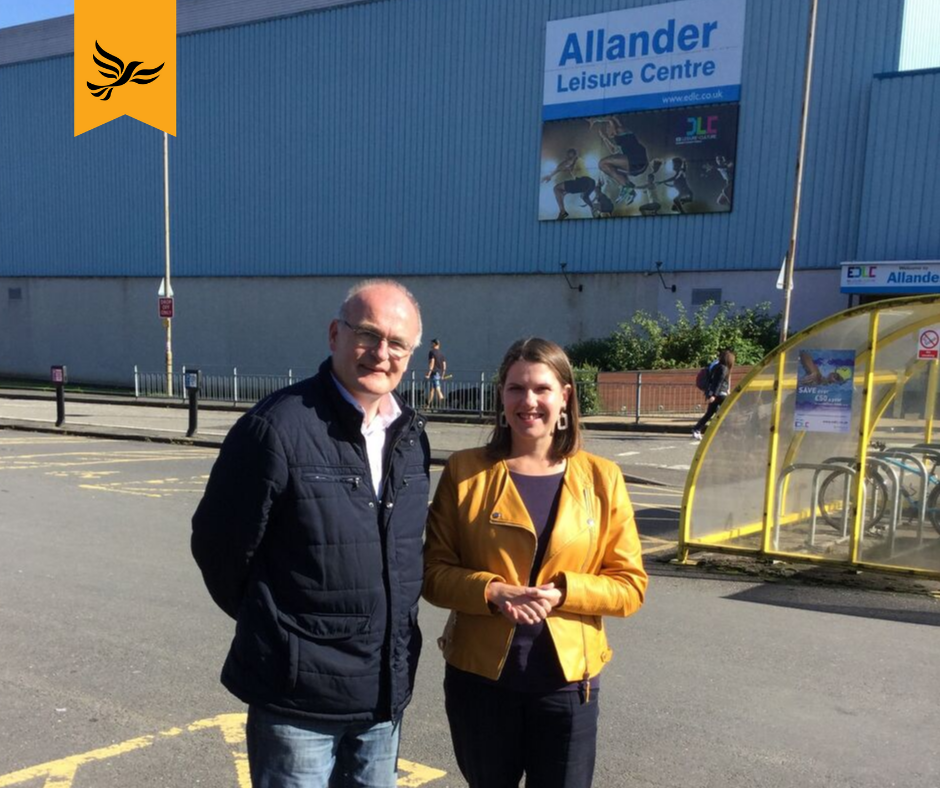